We Celebrate By Supporting Others

It’s been a little while since our last blog post. A lot has happened.

The bad news is that none of us has won the Powerball jackpot of $700 million. It’s with heavy heart that I report there was a single winning ticket, but it was purchased in California.

However, the good news is great.

Thanks to the amazing generosity of everyone, during our 1-year Anniversary celebration, we raised $2,112. As announced in class, the plan was to divide the collected funds among the 9/11 Memorial & Museum Fund, the Hingham Police Department, and the Hingham Fire Department. 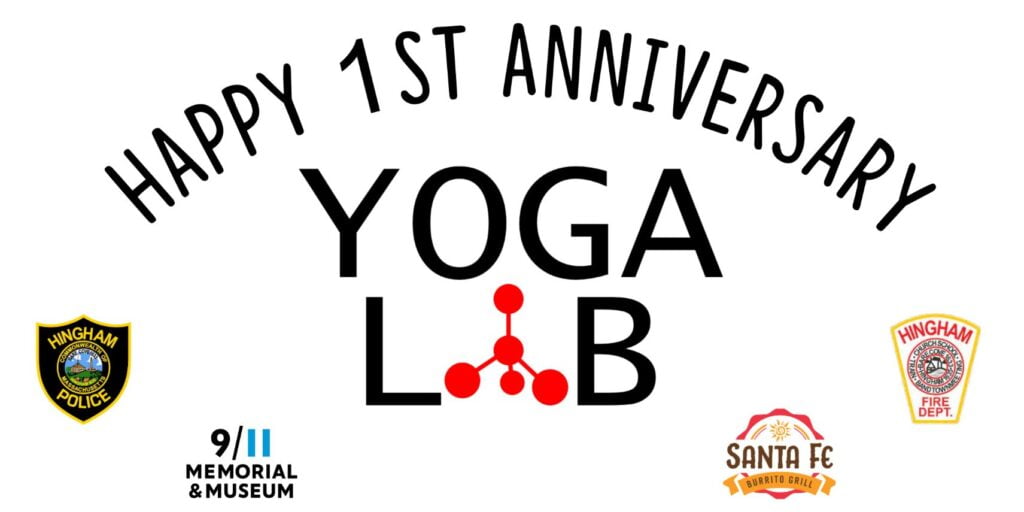 After seeing the amazing generosity of our members, the management at the Lab decided to follow your lead and also contribute to the fund. Also, an extra $100 went to the Hingham Fire Department in recognition for all their help with Dr. David Berkin, the husband of one of our most loyal members Lisa Berkin and father of our Lab’s assistants Jonah and Shira, when he had a medical emergency 17 years ago. As you all know, Jonah and Shira have been amazing assistants from Day 1 of the Lab’s existence. So, the Lab wanted to show the Berkin family a small token of our gratitude.

Posted with this article are a few pictures. In the photos with members of the Hingham Police Department are Chief David Jones and Lt. David Petitti. Not in the picture but present was Deputy Chief Ryan O’ Shea. They were incredibly nice, and Chief Jones was nice enough to offer Jonah, Shira, and I a chance to hop into the police cruiser you see in the background and play around in there. I was heavily tempted … 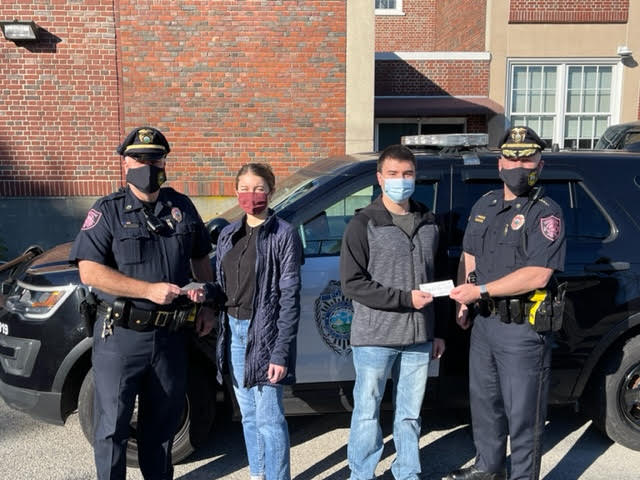 The other cool thing is that Chief Jones was named Interim Chief in August 2020 before being confirmed as the permanent Chief later in 2021. Well, August 2020 is also when the Lab officially opened. So, together we’re celebrating our 1-year anniversaries.

Also, I was a bit shocked to see that their patches and badges were black and pink. I had never seen this before, but later I found out that it’s to honor breast cancer awareness and research. As you can see in the pictures, they actually look quite snazzy. Through the month of October, officers are allowed to replace their standard shoulder patches with this pink version. The goal is to raise money for cancer treatment, research, and education. So, if you’d like to support the police and their fundraising effort, stop on by the Police Department at 212 Central Street and purchase a patch for $10. I’m not sure it’s going to get you out of a speeding ticket, but it’s for a wonderful cause

Also, in honor of some of our members who are breast cancer survivors, we have a limited number of pink Hingham Police Department badges available. Just let me know.

Later in the day, we went to the Hingham Fire Department and met with Chief Steve Murphy and Deputy Chief Louis Lachance (present but not pictured). While talking with them, I kept thinking how nice it was to be talking with firefighters when there’s not a burning building, a terrified cat stuck in a tree, or a downed and sparking powerline in the background. It really does make for a totally different experience. 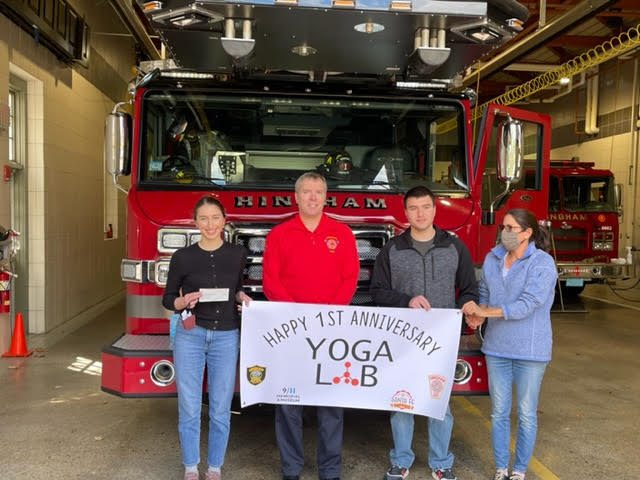 Okay, they didn’t let us drive the Quint 1 fire truck around Hingham. It could have something to do with the fact that the truck costs $1.3 million, or maybe it was that all of us only had a Class D driver’s license. But just spending time talking is something that all of us should be doing more often. It was also a great reminder that as wonderful as it is to use our various electronic devices to communicate, there’s no substitute for good ole’ face-to-face conversations.

Also, a major shout-out to Chris, a co-owner of Santa Fe Burrito & Grill on 415 Washington Street in Weymouth. He and his crew did a fantastic job catering the event. I’m not sure how many avocados went into that huge container of guacamole, but I’m guessing something close to 100. And the coconut lemonade and flan were unexpectedly amazing. It’s nice to support another local small business. And finally a word about Hornstra Farms in Norwell. There’s something comforting about knowing that the place you get your ice cream is using their own milk. And you’ll never go wrong with any of their ice cream flavors.

The Lab is a unique place for all sorts of glorious reasons – and most of them I never could have envisioned. We opened during the middle of the Covid-19 pandemic when yoga studios were finally allowed to re-open, and we’ve been building memories ever since. Let’s keep the good times rolling 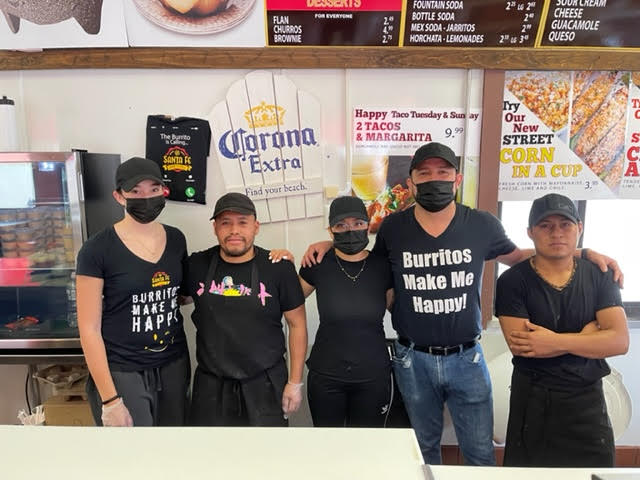 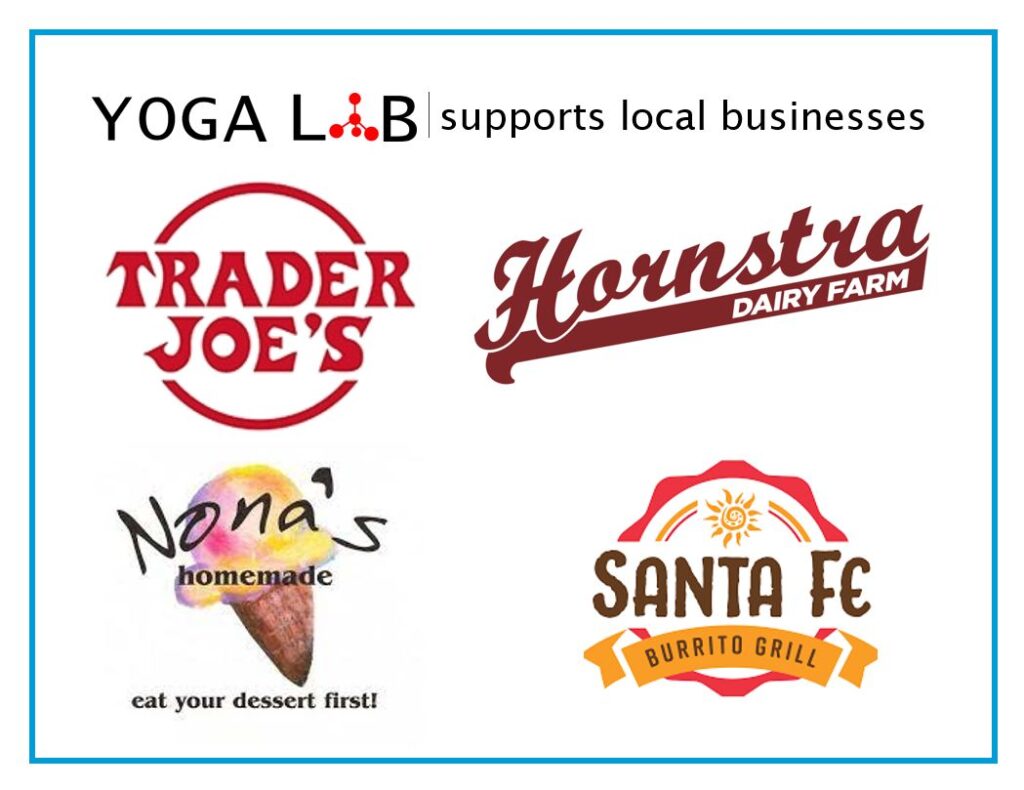